"When my son was around 11 months old, I went to my gynecologist after experiencing some odd symptoms. Once there, she made me do a pregnancy test before we did any uterine biopsy to be safe. Five minutes later the nurse comes squealing, " You are pregnant!" My doctor smiled and said," I thought that might be it."

I was shocked and deep down knew I couldn't be but I got very excited. I went and got a 'Big Brother' shirt for my son to surprise my husband. Boy did I surprise him! Ha.

Well, doing the blood work to ensure numbers were doubling and baby was growing right, they said it wasn't so; I was most likely having miscarriage. My heart was shattered. I had to grieve a loss of a dream. I had a d&c and we did labs for a couple weeks afterwards to see if my hcg (pregnancy hormone) returned to normal. It did not. It actually started to rise. The doctors then believed I had maybe had twins and one was ectopic.

I had more surgery and still no fetus was ever found. After about 6 weeks, my doctor sent me to an amazing gynecologist oncologist because she believed my case was a possible pregnancy cancer. I was scared.

I met with the oncologist and after comparing my scans, ultrasounds, and hcg history, she concluded I most likely had Placental Site Trophoblastic Tumor (PSTT). This tumor doesn't respond to chemotherapy and is slow growing, and it looked mostly confined to my uterus. The placement was too risky though to biopsy. I had to choose to have a hysterectomy or pray it wasn't it.

After the advice of a few doctors, discussing with my husband and praying, we proceeded and scheduled my surgery. After my surgery, the doctors believed they got it all. They told my husband it was a baseball size and under the microscope it looked more like choriocarcinoma (another malignant form of gestational trophoblastic disease). They didn't believe it could be it though because I wouldn't be alive if it was.

Pathology reports came back with two of the top from Boston discussing and confirmed it was in fact choriocarcinoma. My hcg even started rising again 3 weeks post hysterectomy. I had to do chemo called EMA/CO. Three days in the hospital every other week and one the alternating weeks. I had a one year old and didn't live close to family.

My oncologist was very direct saying she didn't know how I was still here or how this would turn out. I had to get my affairs in order and basically fight like hell. And I did! My last chemotherapy was 11-23-15 and I am a 4 year survivor.

I may never be able to give my son a sibling but I am so thankful to be here and watch him grow up. Cancer doesn't define you but it does change you. I always tell pregnant moms to get a blood draw to check hcg at postpartum visit. That simple blood test could of saved my fertility and many lives. 🙏" 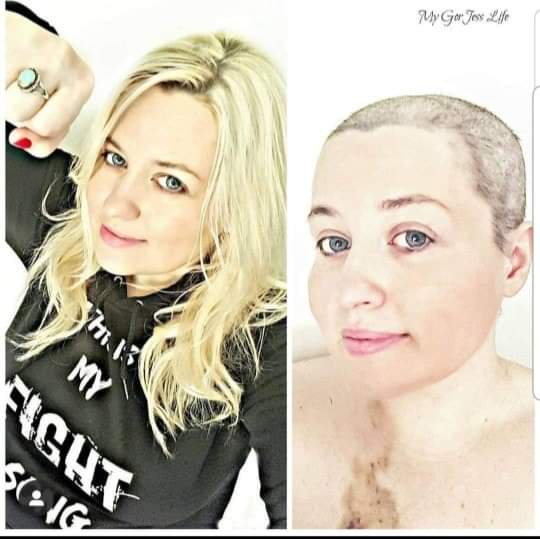