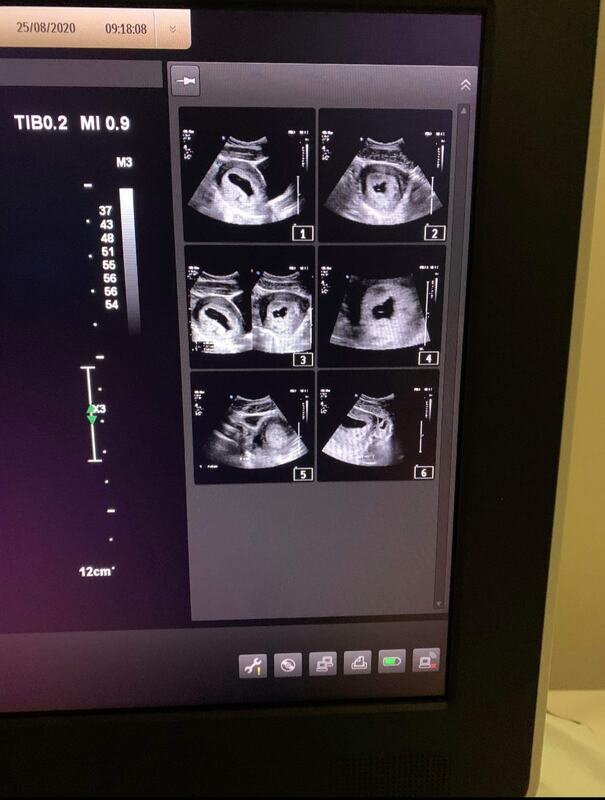 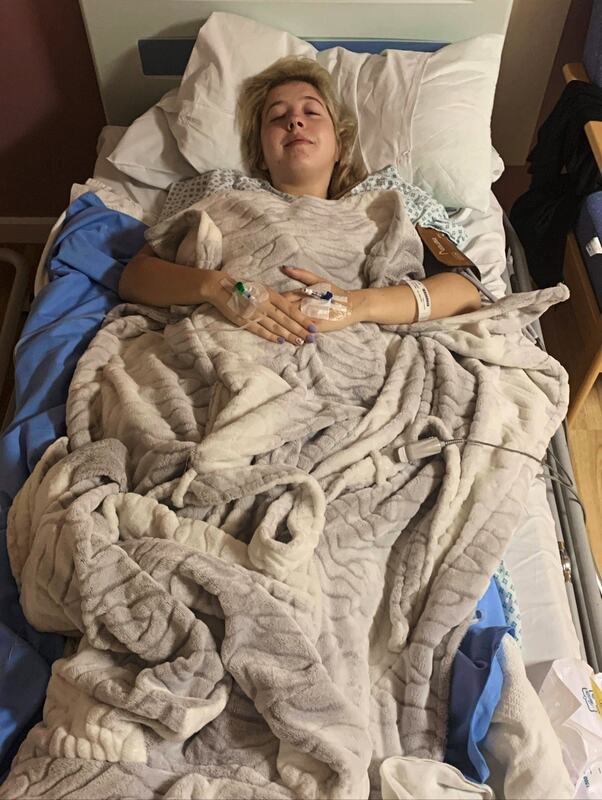 "Last year, 2020, I found out I was pregnant for the first time. I was so happy! I got to 12 weeks pregnant (just before my scan) when I started having spotting/bleeding. I went to a&e and was told they thought everything was ok, and to come back tomorrow for scan to make sure. I went to the hospital the following morning. My life to got turned upside down I went in for the scan. I couldn’t see anything on the screen but the women looked worried; they told me that I didn’t have a baby inside me and they weren’t sure what was happening. There were abnormal growths (which at this point I didn’t really understand myself I honestly). I didn’t believe any of it was real. I thought there must be a baby and they had got it wrong. I was devastated!

I rang my mum, crying, telling her I didn’t have a baby inside me and she didn’t understand either. She thought there was some sort for mistake! I had blood tests done in the hospital etc to then be told I had something called a molar pregnancy! I was so scared! I had never heard of a molar pregnancy before which resulted in me being told that I had to come back in a few days for a suction abortion and they would send everything to the specialist in Sheffield to confirm! As you can imagine, I went in to a form of depression, still not really understanding why this has happened nor what was next!

I went in for my suction abortion and it was easily one of the worst days of my life even thought I knew nothing was inside me; I couldn’t get my head round the fact I had thought for 12 weeks I was having a baby and it still almost felt like I was getting rid of one almost! My boyfriend came with me and sat with me during the procedure and took me home afterwards! After the surgery, I just stayed in bed for days/weeks.  After three weeks, I went in for a blood test and another scan on my stomach and it all happened again-this time was worse! I went in my work clothes to the hospital to what I thought was an in and out appointment when I got rushed in to emergency surgery, being told that it had grown back on it’s own, very large this time. I didn’t have a few days to wait for surgery. It had to be done today!

At this point I just felt numb, like there was no end. I got told this time that I would get put to sleep and it would be a different surgery than the suction abortion. I was so scared that I couldn’t stop crying! The only thing that was helping me was my boyfriend. He got to stay with me the whole time to look after me! Hours passed and I got put in to surgery. When I woke up, I didn’t understand what had happened. I had drips in both hands and I felt weak.

What was meant to be a 40 minute surgery ended up being a 2 hour surgery. I had lost half my body weight in blood and got told that I was border to receive a blood transfusion. Things just kept getting worse and worse. I remember thinking to myself that I would be better off not being here at all. At that point, I had been told so many things: If it keeps growing back I’ll need chemotherapy in Sheffield at the specialist, and if that didn’t work they would remove my womb which meant I wouldn’t be able to have children. I was so upset and scared. I just didn’t want to be here anymore!

A week went by after my surgery and I was anaemic due to the blood loss. I was so pale and fragile but I was on the mend! My hormone levels were still very high but slowly dropping.  After four months, I started getting back to normal and then I got the amazing news! My blood and urine levels were normal! They advised me not to get pregnant until February and to carry on with the samples. But, my world got tipped upside down once again!! As if I hadn’t gone through enough, I did a pregnancy test in January because I knew something wasn’t right. It said I was pregnant. At that point, I wasn’t even happy.  I thought, "Not again! It’s all happening again!" I rang Sheffield crying and they told me they think it’s a new pregnancy. There’s nothing they could do until I was 7 weeks, then I could have a scan to confirm what was going on.

So for weeks I sat thinking I had cancer and would need chemotherapy! I was devastated! I went in for my scan to get told that I was pregnant this time and there was nothing abnormal!! After everything I went through I still didn’t believe it was happening! I wasn’t happy or excited about it at all until I had my 12 weeks scan. I was just so overwhelmed that I couldn’t believe after everything I was finally getting to have a baby! At 27 weeks pregnant, we are having a little boy, and me and my boyfriend couldn’t be happier!

I feel like more people should understand molar pregnancy and even know what they are because I was clueless like most people I know that had no idea what one was. It really is frightening to think some poor girl is all excited thinking she’s having a baby only to be told otherwise, probably feeling exactly how I felt!

To anyone that is going through this, just know there is a light at the end of the tunnel even if it feels like there isn’t! Here are my scan photos on 28th of August of last year when I found out I had a molar pregnancy. My baby is now due 21st of August, 2021." 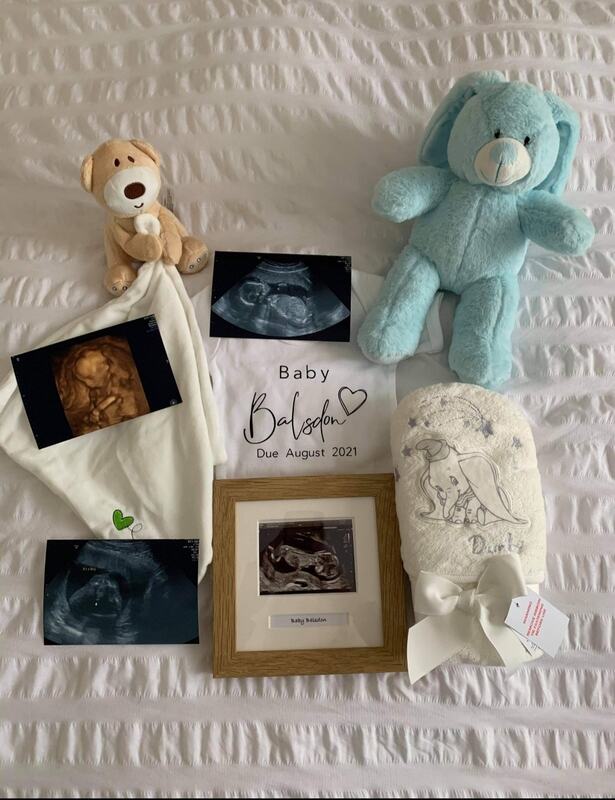 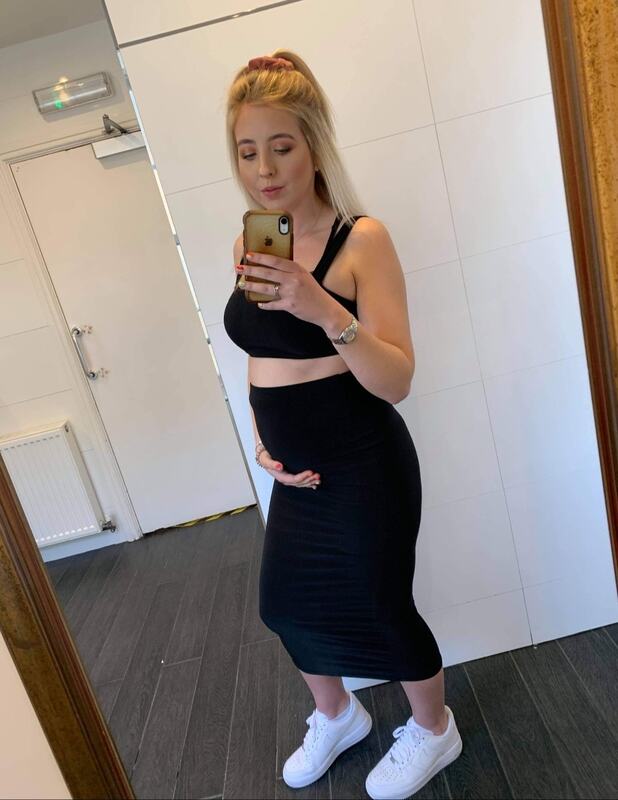 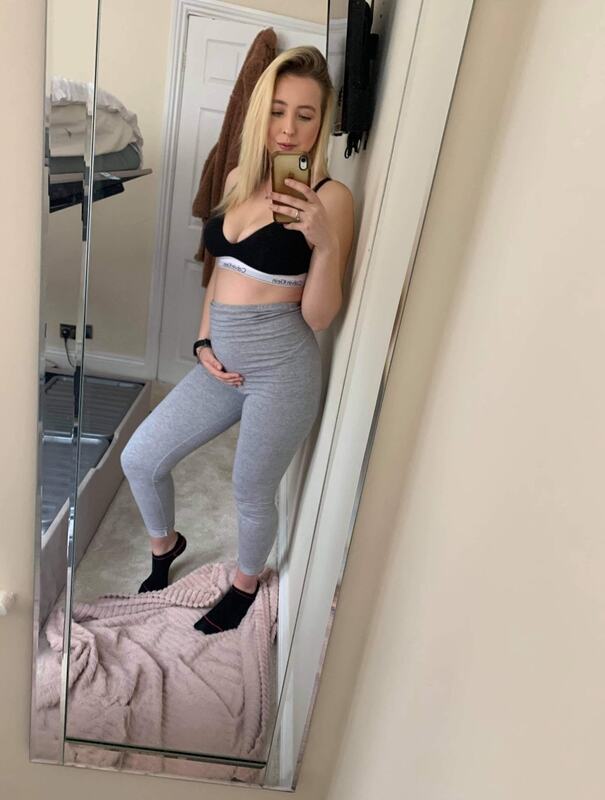