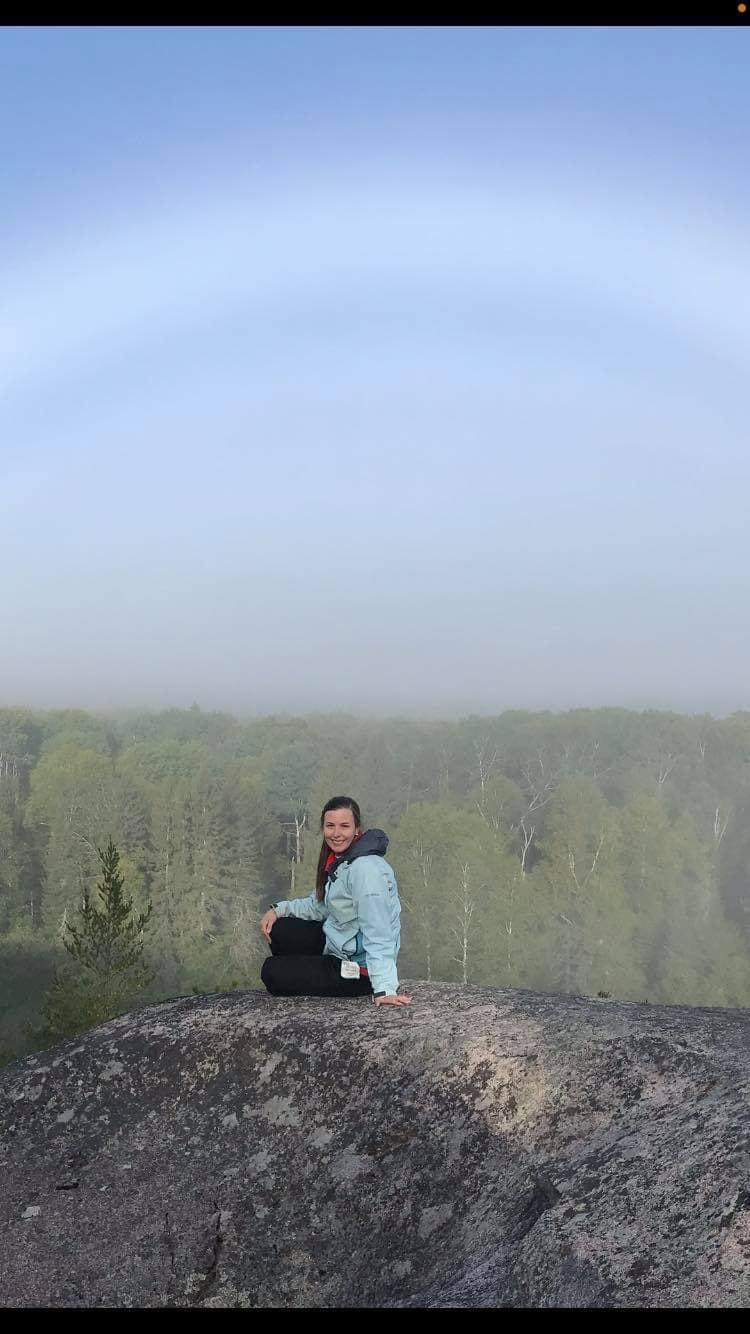 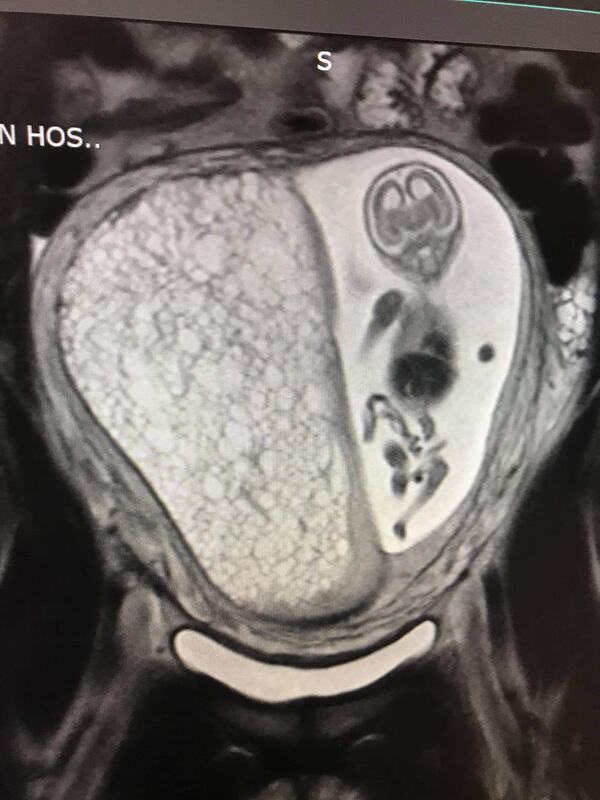 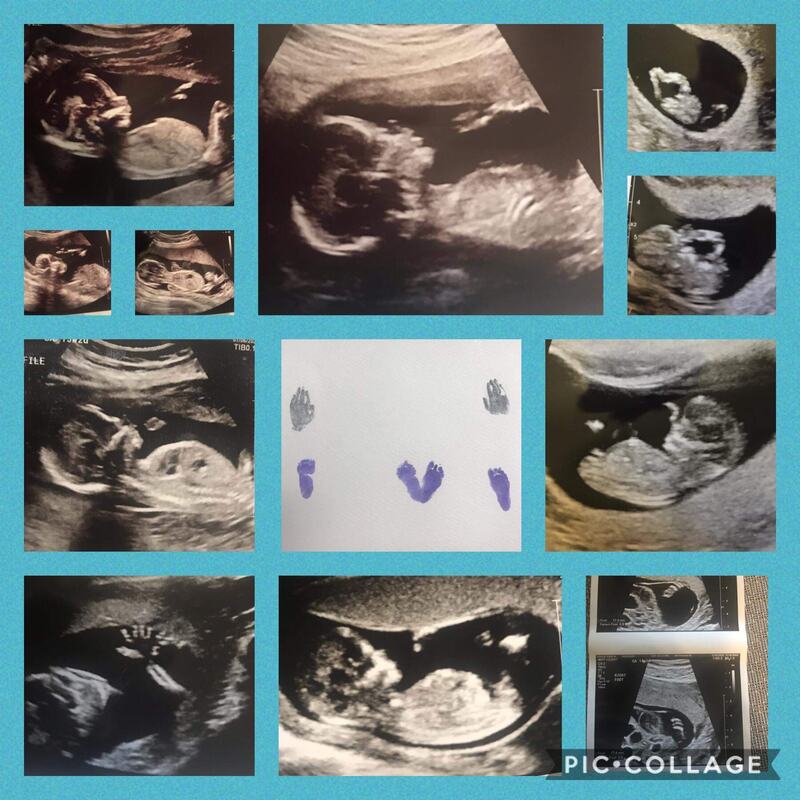 "​When my husband and I were coming up on our second year of marriage, we decided we were ready to become parents. Once I came off birth control, I never got a period. So after going to the doctors I was diagnosed with a prolactinoma (benign tumor on my pituitary, treated with medication) and polycystic ovarian syndrome (PCOS). It took about 6 months for me to get diagnosed and move on to the infertility clinic. I was upset, it felt unfair to have two fertility problems, both on my end, and to finally give up and know I wasn’t likely going to conceive on my own. Little did I know that the difficult path was just beginning...

After a few cycles of medications and one chemical pregnancy, we had a pregnancy that seemed to stick. At my 6 week ultrasound, it showed a normal baby with a heart beat and what they thought was an empty gestational sac from a vanishing twin. I was so happy, it was finally my turn for a baby after all my friends had uneventful pregnancy’s, I could now too.

It was an easy pregnancy at first. I guess I’m immune to HCG causing nausea because I had none of that. At 10 weeks, I had some bleeding and went in. They discovered that I was carrying twins, with one normal healthy baby and one molar pregnancy. My HCG level was 582,000. They got me set up with the high risk clinic and I was counseled on how termination would be the safest course of action. I was so devastated. Why did that have to happen to me? I already struggled and it all felt so unfair. We decided to continue to high risk pregnancy and learned all about the many risks. We felt we needed to try as there are sometimes positive outcomes for a pregnancy like this. We had waited so long for this pregnancy. I couldn’t give up especially since we wouldn’t be able to try again for 6 months to a year because of the mole. I did so much research. I stopped working as a nurse so that I wouldn’t be on my feet too much to cause bleeding. I just sat at home trying not to move around too much. I was terrified the whole time. The heart ache of carrying a healthy baby that would likely die was so hard, but I was also so thankful for getting to love the baby growing in my belly.

I was admitted to the hospital for bleeding 3 times over the next month and a half. The third time was the final time. I was about 16 weeks with a baby boy and the mole. We were in the ER for my worse bleeding episode and I ended up needing a total of 5 transfusions. I also had a lot of cramping, and it seemed I was starting to miscarry, so we agreed to a D&E. During the D&E they found a vaginal tumor and stopped the procedure because if the mole had also invaded my uterine wall I would likely lose my uterus during the evacuation. I was so happy to wake up still pregnant, until I realized what that meant. They diagnosed me with cancer from the mole and I needed to do staging scans and start chemo. They found evidence that the cancer has also spread 4 tumors to my lungs but had not invaded my uterus; my HCG levels were 1.2 million. My bleeding slowed down and I started chemo with my baby still alive inside of me. They scheduled the D&E again for after my first round of chemo. After first denying that my pregnancy needed to end, we accepted the reality slowly.

My husband and I made the worst decision of our lives and decided to end our healthy baby boy’s life with an injection of potassium to his heart so that he wouldn’t die during the D&E. Before hand, we baptized him in utero, named him Elijah, and said goodbye. Considering how large my uterus was, the doctors were concerned that I could bleed to the point of needing a hysterectomy. My team did everything they could think of to help me and they did a great job. I got my D&E and it went without complications. In recovery, my blood pressure was 205/115, I had protein in my urine and fluid in my lungs and I was diagnosed with preeclampsia which didn’t surprise anyone given my HCG levels. The hospital had my back, got me fixed up, and I finally was discharged home. This journey had been a devastating one. I would have given anything to have a different outcome, but I know it could have been much worse.
​
Fast forward to now... I have just finished my 10th and final round of Methotrexate! It was a long journey and not well tolerated, but luckily the treatment worked for me. I feel complete joy sometimes to be finished, followed by a deep sadness that this was the result of our miscarriage.
It’s been a rough road that I didn’t even know was a possibility when that pregnancy test turned positive. I’ve had days where I can’t get out of bed, can’t stop crying and just hold my son’s ashes focusing on the unfairness and jealousy. Slowly and unsteadily those days have gotten better. Standing on the other side of a pregnancy loss and cancer at the age of 28, I’m starting to look forward again. Now on to monthly blood tests and hopefully someday I’ll have the braveness to try this all over again."