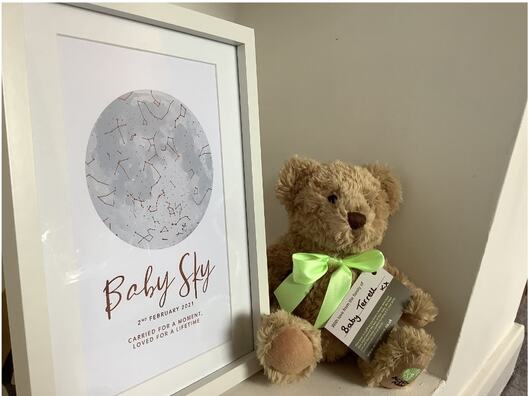 I am 23 years old and normally fit and healthy. I have been married since October 2019 to my husband Lucas. I work in a retirement home as a well-being and inclusions assistant, which allows me to support and use therapeutic techniques to help the elderly who have dementia and learning difficulties etc. I have a degree in Arts, Health and Wellbeing at the University of Derby. I now hope to use this to help parents who are grieving. We started trying for a baby as soon as we got married and we conceived our little 6 month old Rupert pretty much straight away. We felt so lucky. We then decided that when Rupert was about 3 months old that we would love for him to have a sibling of similar age, little did we know what was to come.

On Thursday the 28th of January 2021, I woke up in the night to find I had lost a huge blood clot. I was supposed to be 10 weeks pregnant. I immediately woke up my husband who drove us to A&E. I was examined and told my cervix was closed, my bloods were taken and I was told to go home and they would call me on Friday with a time to go in for a scan. Friday came and I received a phone call, I had to wait until Monday at 3pm for a scan and I had to go alone. I was mortified. I had to wait all weekend not knowing what had happened to our baby. I didn’t loose any more blood over the weekend so I was thinking positively. Monday came and at 3pm I had my scan alone. I was then told the horrific news all by myself that my baby hadn’t developed and the sonographer had “never seen anything like it”. My HCG levels were well over 300,000. She then told me that I was full of tumors, cysts, and blood clots. My husband was then called in to a separate room where I then had to tell him everything that I had been told. That was the most distressing part having to tell my husband that our baby hadn’t developed and thrived.

After being left for a while, a doctor came in and told me I had a molar pregnancy. I had never heard of this before and he told me I needed an emergency operation the following day (Tuesday 2nd Feb) called an ERPC (evacuation of retained products of conception) which routinely takes 10-20minutes and I should be home the same day. When I got home I researched what a molar pregnancy was and I had every symptom... bleeding, feeling or being sick, and a larger bump than what it should be for my stage of pregnancy. How I had not heard of this I don’t know! I arrived on Tuesday and they expected me to be alone. I couldn’t fathom that I had to be alone when I had to have an operation to remove my baby and I kicked up a fuss and my mum was allowed to wait with me until I was called for my operation.

I had the procedure; it took two hours. I had lost two liters of blood. They had to pull my mum into a room and explain that it was bad news whilst I was in theatre. I woke up and two hours had passed since I was sent down; I was covered in tubes and was still having a blood transfusion. I was mortified and so distraught. I had to stay in hospital for over 24 hours without any support for what I had been through, not even a hug or a positive touch. I had just lost my baby and I had to recover and grieve all on my own. I finally arrived home at 9pm on Wednesday the 3rd of February where I was finally able to have a hug, see my 6 month old and my husband.
​
I have now received my pathology results from the ERPC and it was a complete molar pregnancy, I have been referred to a hospital in Sheffield, UK where I will send off urine samples through the post to them every other week to monitor my HCG levels. 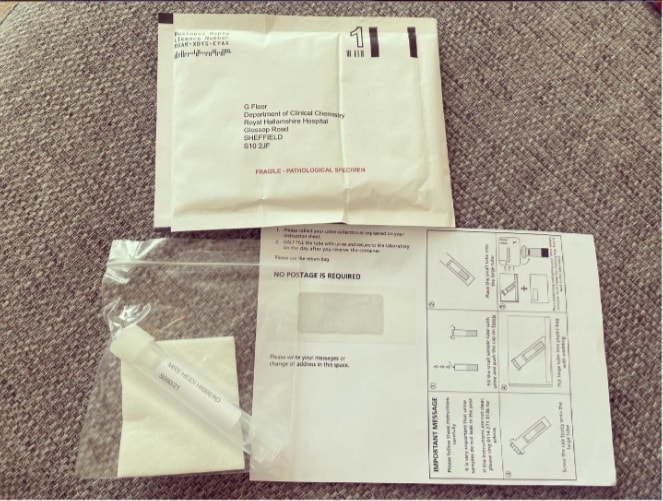 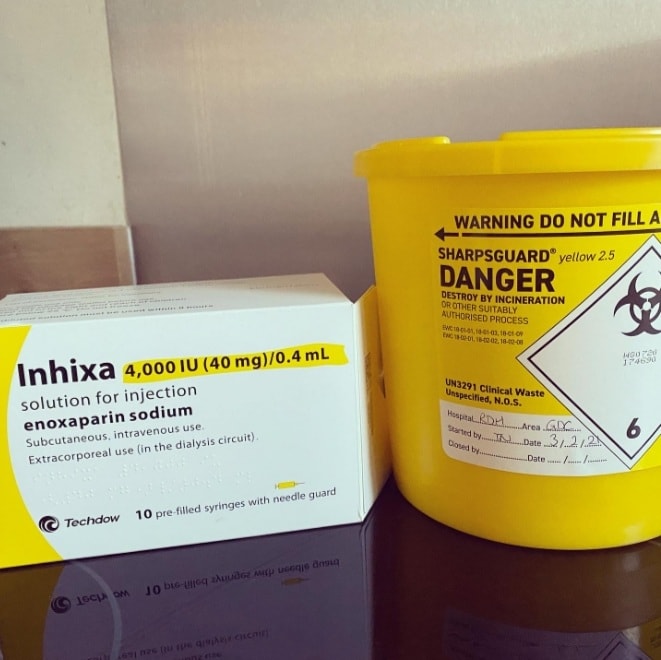 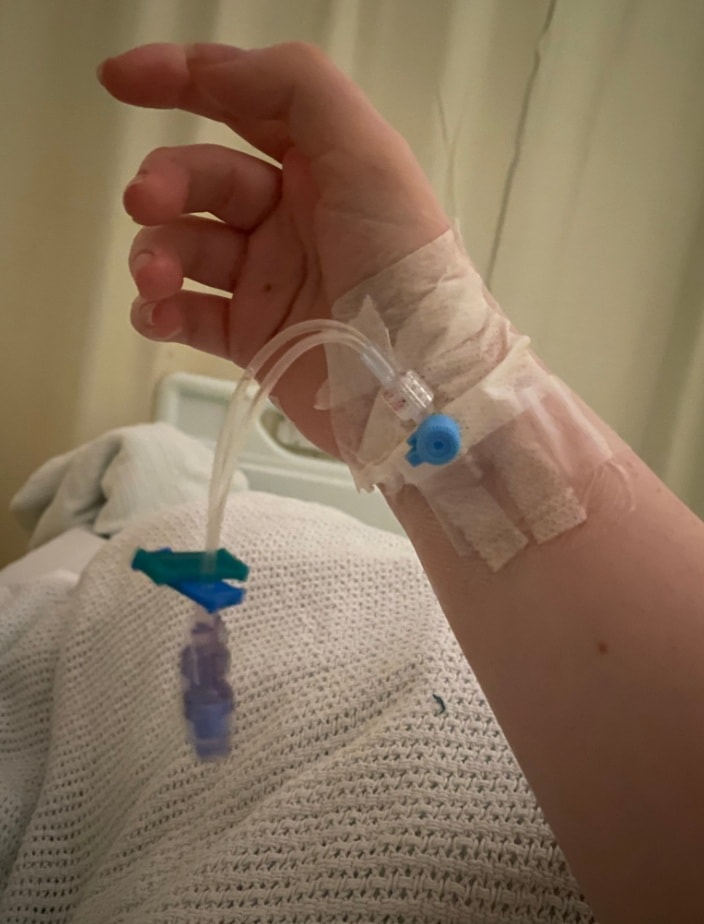