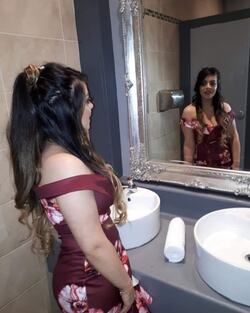 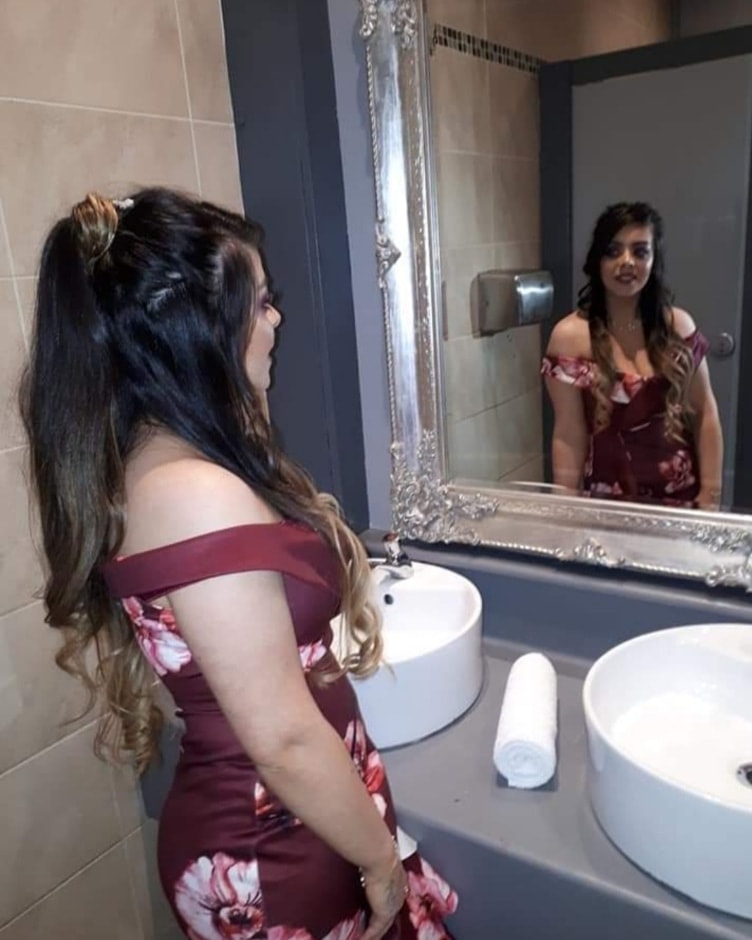 ​"Hi, my name is Serena McMenamin. I am 26 years old from Donegal, Ireland. I am a complete molar pregnancy survivor at the age of just 21. I would like to begin telling my story to hopefully raise awareness on this topic.

Back in August 2014, my partner, Ryan and I had decided we wanted to start a family of our own. We tried to conceive for 2 months. Eventually I started getting the usual symptoms-the sickness, missed period, ect. My next step was to visit my GP (general practitioner). I took the test and a few seconds later, there it was, the two little lines! It was postive!

The many emotions kicked in! I was scared, nervous but excited! The sickness started getting worse. I couldn't keep anything down, not even water, so I knew I had to go to the doctor again. There I took a urine test and it came up that I had protein & blood in my urine. I knew by the doctor's face it wasn't good! She sent me straight to gynecology ward where I was scanned. The doctor wasn't quiet sure what he was looking at so I needed an internal scan. The Dr. said he could see something but it definately wasn't a baby!!
​
All the thoughts started running through my head. Why had my test come up positive? Why did i miss my period? Why was I so sick? Why had I been getting all these symptoms if I wasn't pregnant? What the h**l is happening!! He said this looks like a genetically abnormal pregnancy where this results a mass of grape like cells that can grow rapidly that will need to be removed via D&C (dilation and curettage) a procedure that refers to the dilation of the cervix and surgically removed part of the lining of the uterus by scraping & scooping. I stayed in hospital that night & had my procedure the next day. I was sent home the following day and hadn't been feeling well,which I thought was normal, but the sickness got worse again. I went straight back to the hospital two days later.

Once again I was scanned and there it was, the mass of cells still there. The Dr. decided that I needed another D&C as the first wasn't successful. I was then sent home again the following day and was told I will bleed similar to a light period that should last around a week; however that wasn't the case!

I bleed for two weeks real heavily. I had never bled like that before in my life! I thought to myself, "Is this ever going to come to an end?!" I rang gynecology once again and they told me to come straight over. The second D&C had failed again and this is when I had eventually been diagnosed with a complete molar pregnancy (GESTATIONAL TROPHOBLASTIC DISEASE) an uncommon complication of pregnancy. In Trophoblastic Disease, there is an abnormal overgrowth of all or part of the placenta, causing a molar pregnancy.

A MOLAR PREGNACY is one where an abnormal fertilized egg implants in the uterus (womb). The cells that should become the placenta grow far too quickly and take over the space where the embryo would normally develop. This is a rare condition that happens every 1 in 1000 pregnancies. A COMPLETE MOLAR PREGNANCY is where the egg is missing dna/chromosomes and cannot support a fetus.

I had never heard tell of this before in my life which made it even more frustrating. I had no clue what was happening. This is when the doctors made the decision to send me to a hospital in Dublin where I had to start a type of chemotherapy called methotrexate given with injections every two days. I had 32 injections in total.

These chemotherapy shots started to bring down my HCG (pregnancy hormone) levels as they were sky high and needed brought back down to normal. The chemo side effects of these were sickness, loss of appetite, loss of weight, bleeding & very tired. After 5 months of this awful journey, I finally got the all clear in January 2015.

I eventually went on to have two normal pregnancies better known as 'rainbow babies'. I now have two little miracles called Logan (3yrs) & Riona (3mths). I know for sure I would not have got through this without my fiancé Ryan, who had been my absolute rock through it all & gave me the strength to fight it. My family & friends were amazing also. It's times like that you need every ounce of support. It really is true when they say your health is your wealth. I am beyond grateful for my beautiful healthy wee family, in the end that's all that matters."