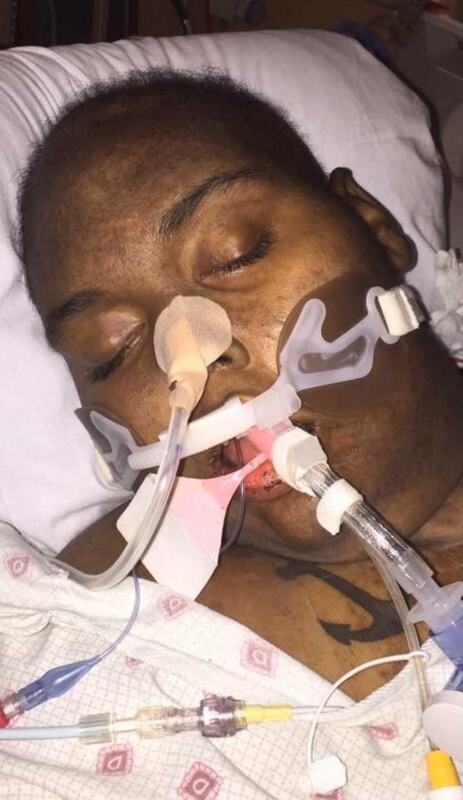 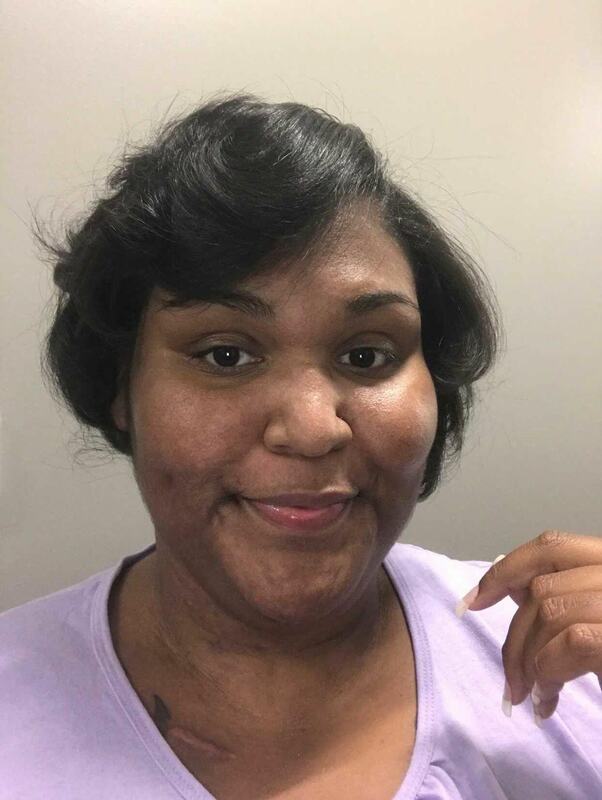 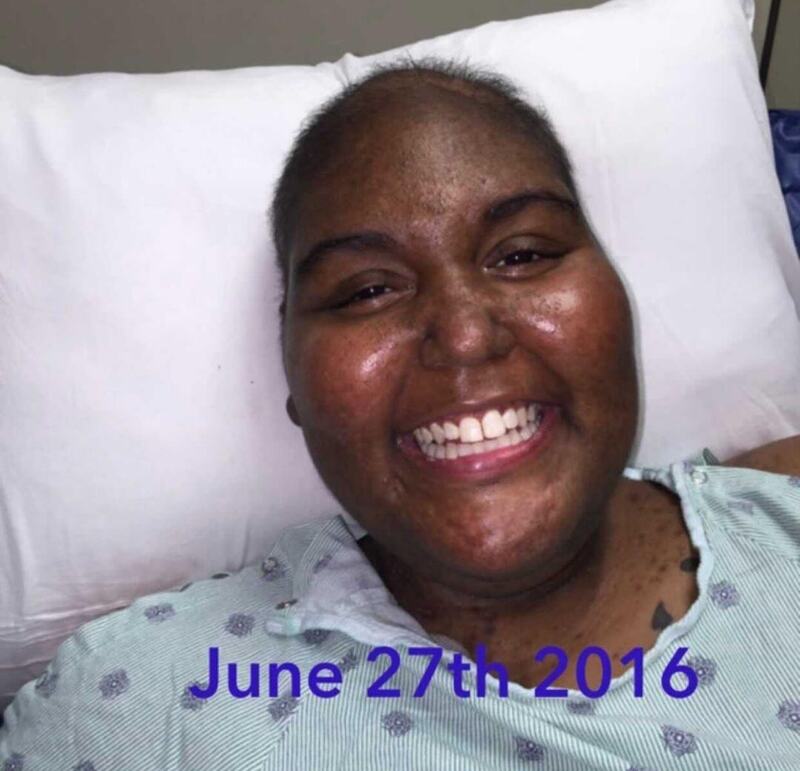 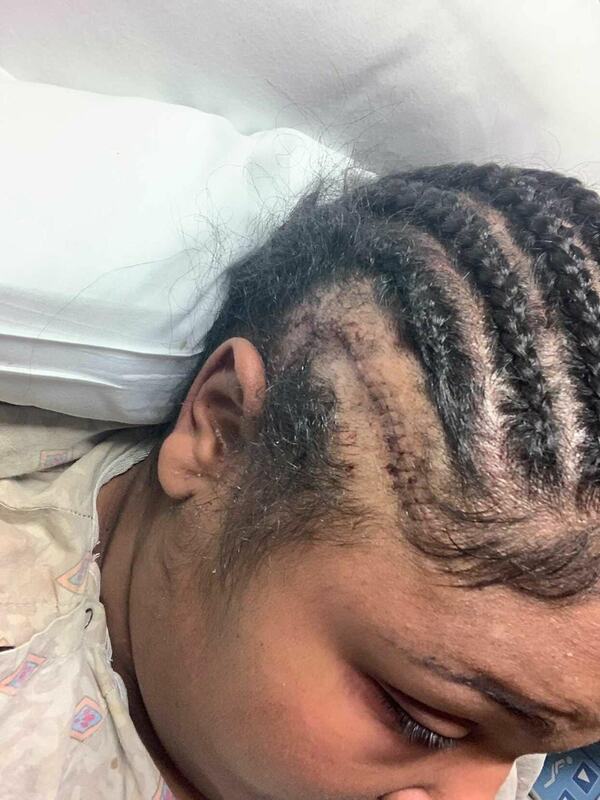 "Mrs. Busby, you have stage 3 choriocarcinoma, cancer of the placenta. It is moving aggressively and has already metastases to your lungs." The word cancer ran through my head over and over. All I could think was could this really be happening to me? Am I ready for this battle? Will I lose my hair? Will I do chemotherapy or radiation? Is this life threatening? Are they sure its cancerous? God, I just lost my son 3 weeks ago, what did I do to deserve this? Will I ever be able to conceive again?
February 1, 2016, my life changed when I became a mom, then it all changed again on February 25, 2016, when I became a cancer patient. Here is my story of survival, strength, and faith.

There are no words to describe the feeling or emotions running through you when you receive such devastating news such as having cancer. In 2015, my husband and I were expecting twins but sadly lost one of our twins in utero. My doctor suspected a molar pregnancy, which is defined as tissue that is supposed to form as a fetus turns into an abnormal growth in the uterus. Usually when this is suspected, they tell you to go ahead and have a medical abortion, but because I had a normal healthy growing fetus along with the molar, my husband and I trusted God would bring us through. The only way to know for sure if it is a molar pregnancy is after delivery, the placenta is taken to pathology where it is tested for abnormalities.

My pregnancy was rough. I had 24/7 sickness and eventually was diagnosed with preeclampsia. At 23 weeks, I was admitted into our local hospital due to my blood pressure and my protein being so high. My son Massiah, decided at 26 weeks on February 1, 2016, that he was ready to enter the world. He was perfect; everything we dreamed of, and so much more, but I was slowly getting sicker and sicker.
The next day the doctors came in and said something was wrong; my placenta has some abnormal tissues in it and they begged me to follow up with my regular doctors when I was released. On February 5, 2016, our son, Massiah Anthony, passed away from just being too small for the world. My whole world shattered, howver, I knew deep down there was a reason for this.

On February 25, 2016, I was scheduled to see an oncologist because my hormone levels were rising as if I was still pregnant instead of decreasing. It felt like I was in this office waiting for days after they ran numerous blood test along with cat scans and a MRI. My nana came with me to the appointment because I was advised not to go alone. My husband was at work that day. The doctor sat my nana and I down in this beautiful conference room and started off with saying, “Mrs. Busby I am so sorry”. I went numb I couldn’t feel my body anymore; I knew what was coming next. He went on to explain that Massiah’s twin was what was called a molar pregnancy that had become cancerous. I was diagnosed with stage 3 choriocarcinoma which meant it was already spreading to other organs; mine had went to my lungs. Doctor went on to explain it was curable and was one of the first cancers to ever be cured, but at that point my mind was already going 10,000 miles per hour and I stopped listening. All I kept thinking was could this really be happening to me? How am I going to tell my husband? This was all happening way to fast but I knew I had to fight this battle head on because it was not going to go down without a fight.
On March 2, 2016, I started my first round of chemotherapy. Little did I know it was the only round I’d make it through. On March 12, 2016, I woke up deathly sick. I felt like I had the flu mixed with pneumonia. We had special instructions that if I was to get sick and if my temperature went over 101.4 to go in. Well, that following Monday I didn’t’ just feel like I was dying; I was actually dying. I went to the doctors early that morning and they called 911 because my body had shut down on me. I couldn’t swallow. I had blisters everywhere, and I was losing to much oxygen to the brain. March 14, 2016, I was admitted into the hospital and little did I know, I would be in the hospital until August, 6, 2016. I don’t remember much because I slipped into a coma. My medical papers say my kidneys failed and I went on dialysis for some period along with having Stevens Johnson Disease.

Stevens-Johnson Syndrome is a rare skin disorder of the mucous membranes. My skin burned inside and out due to being allergic to one of my chemotherapy drugs. The hospital pronounced me dead twice, but I personally believe medicine only goes so far and then comes God. I had prayers going on around the whole world, and I mean that literally. My cancer was getting worse because chemotherapy would have killed me if nothing else would, so the doctors stopped my treatments. At the end of April when I woke up, I couldn’t move anymore. I lost all mobility in my body due to the strokes that occurred during my coma along with everything else. I went to sleep with long hair and woke up bald. I was devastated, but I knew I couldn’t give up.

Every time things started to get better, I would take ten steps back. In June 2016, my brain swelled and I lost my eyesight. I had 8 seizures back to back and slipped into another coma. Doctors then diagnosed me with posterior reversible encephalopathy syndrome. The brain had tumors and lesions from front to back. The next step was to drill holes to release pressure on the brain but my nana, being the prayer warrior, she said, "Nope, let God intervene. God brought me to it, he would bring me through it like he been doing."
​
I learned so much about my body and medical terms during my battle. I met so many great people on this path that I would have never met if I hadn't gone down this road. No one tells you that you can get cancer from getting pregnant. No one talks about choriocarcinoma and how dangerous it is. It’s like a taboo topic but people need to know this is a real disease and it is deadly. When a child loses a parent, they are called an orphan, when someone loses a spouse they are called a widow, but when a parent loses a child there is no word to describe such a horrific event.
​
Even though I lost my children, I look back and see they saved my life. I was already at stage 3 when Massiah was born. If I had gone full term with him there is no telling what stage I would have been at or even if I would have survived having him. You can’t convince me that prayer doesn’t change things because I have seen it with my own eyes. In my 24 years of life, I have witnessed more miracles than some have in 75 years. The world needs to know about molar pregnancies and cancer that comes with pregnancies. We teach sex education in school, why not tell the dangers of cancer that can come along with it? In the beginning, I was ashamed of my story, but now I am proud of it. I share with everyone who asks because I feel the world needs to know not every cancer comes in pink.
​
Fast forward to 2017! September 2017 we had the shock of a lifetime! We were expecting our rainbow baby that God promised me in 2016! Malachi came into the world May 29, 2018! Fast forward to 2020. July 2020 we got another shock! Another rainbow baby is coming March 2021! We are so beyond blessed!" 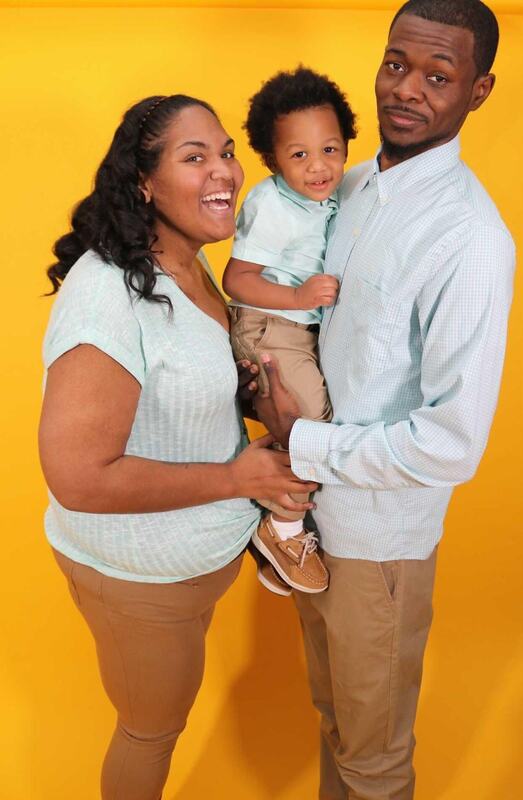 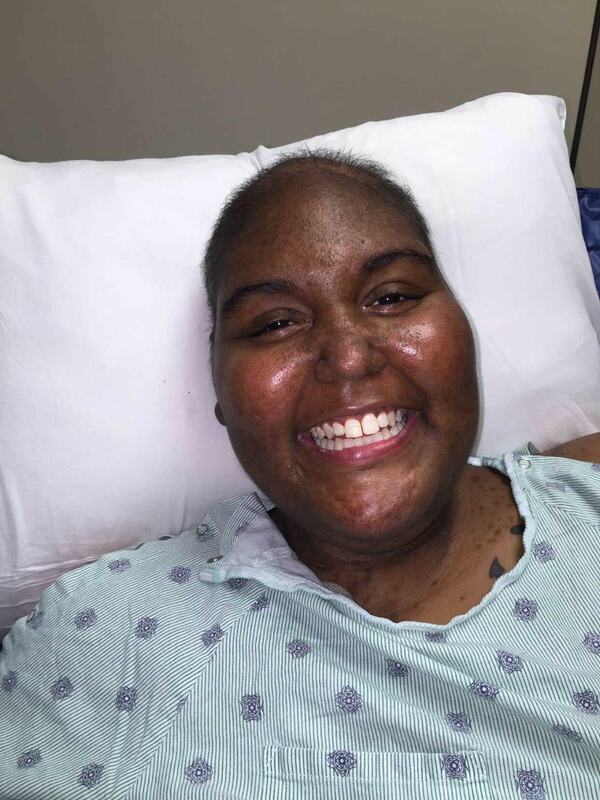 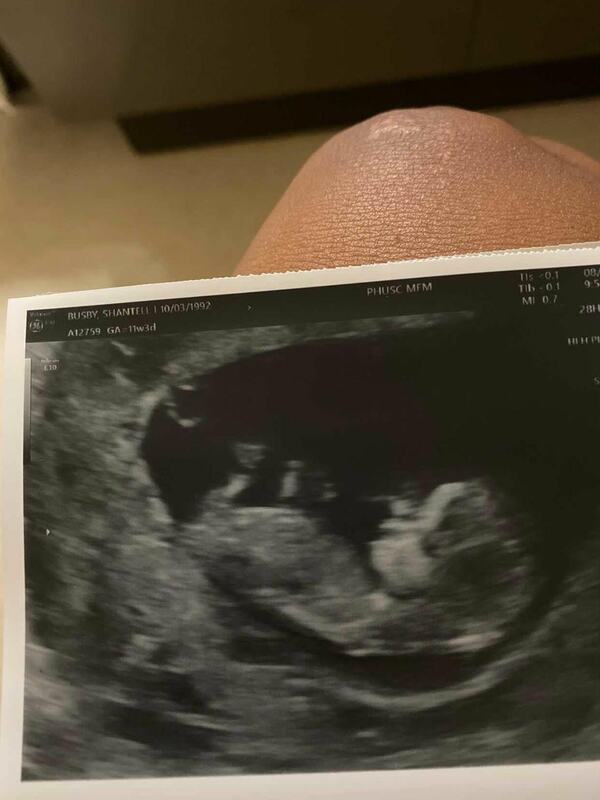 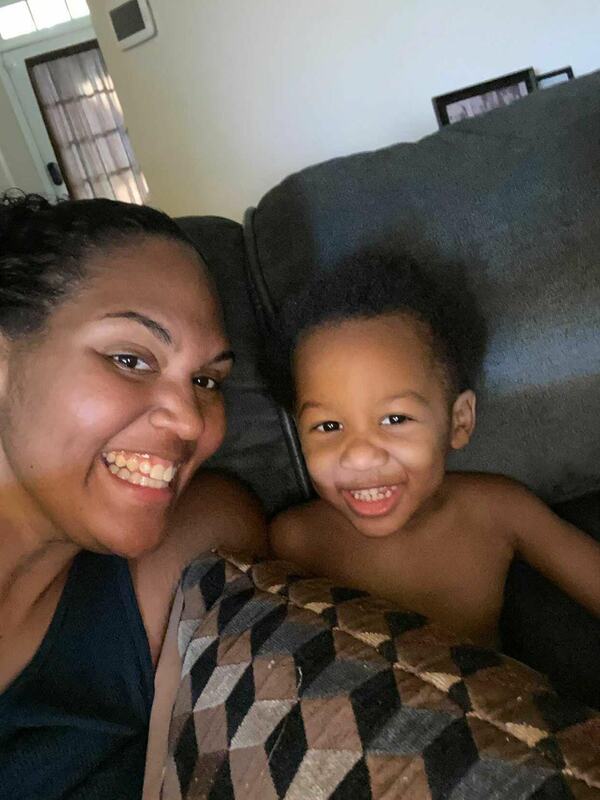 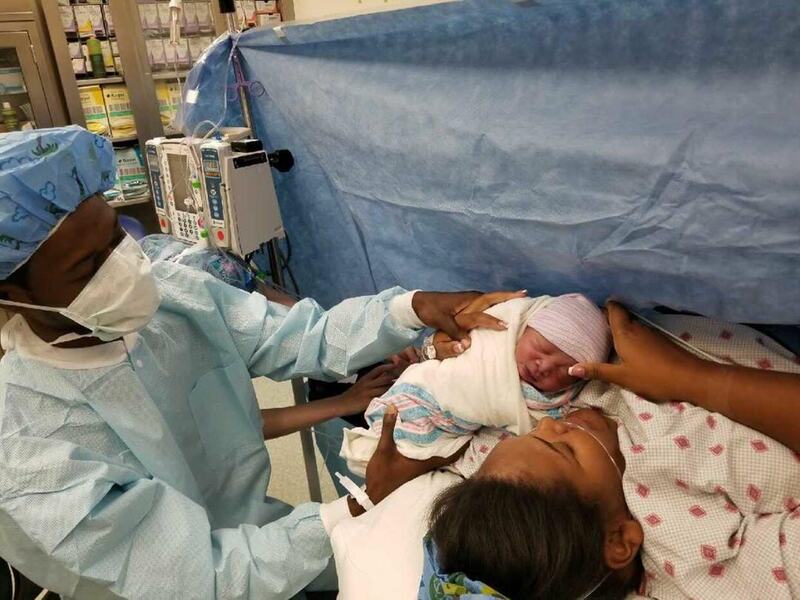 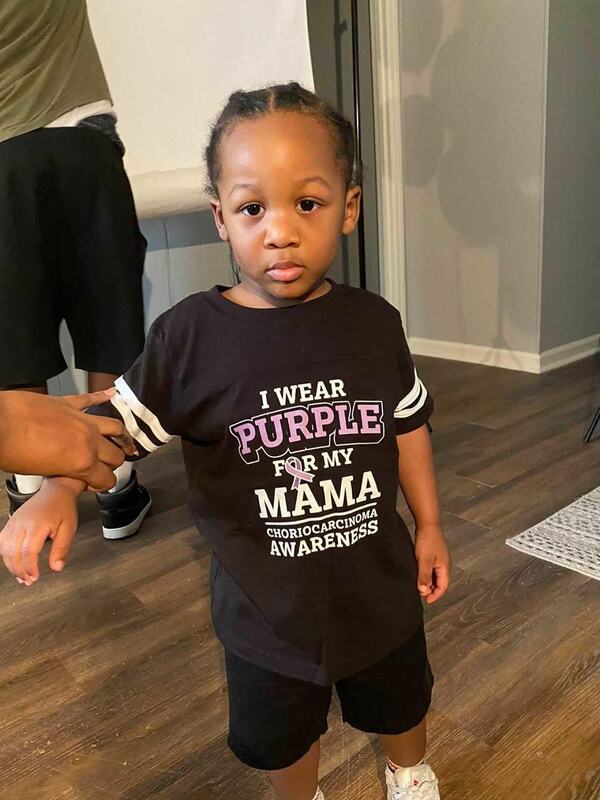